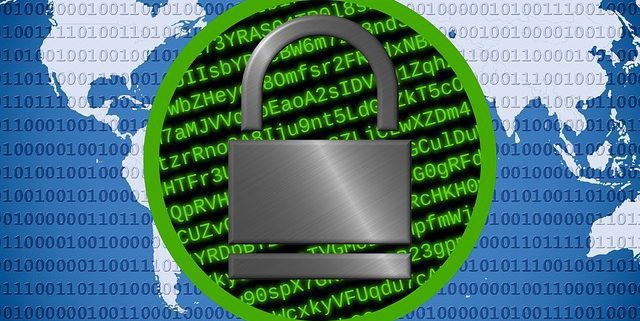 This article was first published at owncloud.

Your Data is at risk. And thus is your personal life and your company’s values.
You avoid hackers, trade espionage and rogue governments getting your data by using your own cloud storage like ownCloud. Your data under your control.

But depending on where your storage is located some risks still remain. The connection to your ownCloud installation in the hosted datacenter is TLS protected. All data are encrypted on their transport to the datacenter. But within the datacenter your data is plain text.
You are using ownClouds integrated encryption? You even have the full disk encrypted using LUKS or similar methods? This is fine but only protects you from certain attacks like stealing the sole hard disk.
But if the attacker gains access to the very location where the actual encryption takes place, the encryption is useless, since this location also contains the encryption key! Thus, if the attacker has access to the datacenter or – more probably – is a rogue or bribed employee of the datacenter the attacker can get physical access to your encryption key and finally to your data.

This is why client side encrpytion is such a good idea. With client side encryption the data is encrypted on your own client. The key material is only available on your client, not on the ownCloud server. The data is sent already encrypted to the server. Not only is the transport layer encrypted using TLS but the payload itself within the TLS can not be read anymore.
The ownCloud server and the storage never sees any clear text data and never has access to the encryption key.
The tool cryptomator which was introduced in this[link] previous blog post works this way.

As mentioned in the beginning the files should be encrypted and decrypted on the client. This way only encrypted data is transferred via the network. The user can also move the files as in the previous requirement but most important the encryption gets independent from the storage location.
The administrator can access the file but can not read the data in the file. This way all backup mechanisms still work, but the data is persistently protected.

It is important to note, that usually not *the* administrator gives access to the data. Complying to the concept of duty of separation, the administrator may be responsible for providing the storage and taking care of the backup, but he might not be allowed, to read the data and probalby will not be allowed to decide who is allowed to read the data.

This leads us to the requirement for a bit more sophisticated key management.

If files are encrypted with passwords then a password based key derivation function (PBKDF) is used to generate the encryption key. A badly implemented encryption would use this key to encrypt the file. This would result in the problem, that – if you change the password – the complete file needs to be decrypted with the old password and re-encrypted with the new password. This might be fine for one small file but totally fails with a complete directory, a harddisk or a huge storage.

This way, each file has a list of KEK-encrypted DEKs attached to it. Thus an enterprise encryption software needs to allow adding users with their key encryption key to files.
Users need to have different roles like adding users to access groups or only being allowed to access the data.

(Of course you can not effectively avoid the user breach: The user who has been granted access to the data can go rogue and print the data, take a photograph or copy. If you want to tackle with this threat you need to think about implementing data leakage prevenion.)

So what the heck with the KEK?

You might use the latest and greatest symmetric unbreakable encryption algorithms for actually encrypting the data. But these are of no use, if the access to this encryption – usually the password – is week. An attacker would always target the KEK (a.k.a. Passwords) and not the DEK (The encryption itself).

Thus, another important requirement is not only to encrypt the data but also to protect the access to this encryption. A good way to do this is not to use a password based access but to use public key cryptography.
As mentioned with the PGP example, the KEK is the public key of the user. The DEK is encrypted with the public key.
The user has to provide his private key to decrypt the DEK to access the data.

As we required earlier the administrator usually can not read the data and can not add users to the group of data users, who can read the encrypted data.
But in certain cases – when all users have lost their smartcard, forgotten their passwords, have quit the job – the company needs to be able to access the encrypted data without one of the originial users available.

In this case the encryption solution needs to provide a process with preferably 4 eyes principle to regain access.
4 eyes principle is important to increase the trust and allow full deniability for all participants.

Technicaly the key management can to this by adding a system-KEK or recovery-KEK to all files.

Besides using smartcards for the user’s KEKs, the support for hardware security modules can be a good idea. The HSM can be used to protect the system-KEK or recovery-KEK or to sign configuration data. Otherwise a user with the right to only read encrypted data could escalate his rights to „assign-new-users to the encryption group“ by flipping some bytes in the database.

We already said, that reencrypting the data is a bad idea and should be avoided. Nevertheless it can be necessary. E.g. if the symmetric encryption algorithm used to encrypt the files is know to have weeknesses. This is especially important if you need to upgrade the encrpytion algorithm.
In a worst case scenario the system- or backup-key could be compromized, then this keys need to be changed.
The solution should provide the possibility to reencrypt the data.

There is a quite nice long list of commercial products, which cover those requirements. Some are better and more convenient in smartcard support, some in group management and some in automation.
It is always a good idea, to identify your own needs and evaluate the right solution.
Most of the tools are products of companies located in Germany and thus comply to the (still) stirct data protection laws.

Why is there no open source?

Nevertheless there is no open source tool, which is capable of covering the requirements and competing with the commercial tools available. This might be due to the scratch-your-own-itch concept of open source development. Individuals start open source projects, which will provide a solution to their own problem. A perfect example is the tool cryptomator. It does a great job in file encryption and covers a lot of requirements but totally lacks the key management and because of this will only work for a single user, but not for project groups in a company.
Another reason might be, that the customers for such an enterprise file encryption tool in 95% of the cases runs Windows on their clients and may thus be used to install and use closed source software – so why should the software vendor bother about an open source busines model?

With the growing pressure of undemocratic survailance requests even by the German government the threat through backdoors and unpublished zero days increases dramatically. In a sensitive area like data encryption, where data obviously is to be protected from preying eyes, open source solutions can help to regain the trust in such software.
So I urge all open source companies with data storage centric products to think about enhancing their portfolio with an open source project for a trustyworthy, modern, enterprise ready file encryption solution. In my opinion this is not only a gap in the market but would also be a great help for a mature and democratic society. 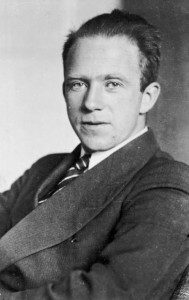 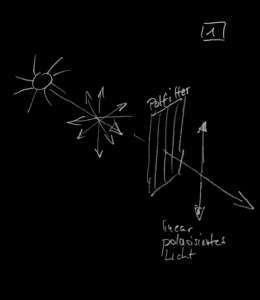 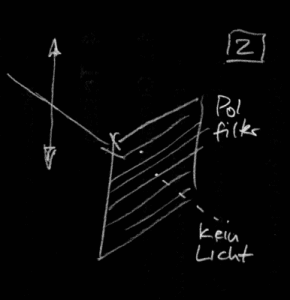 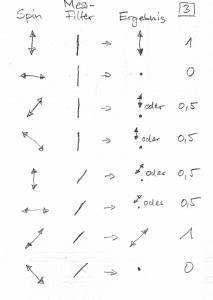 Man in the middle 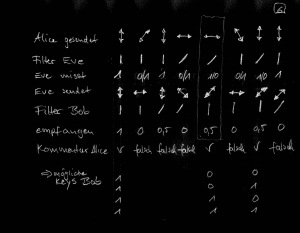